I was on the road to the Handworks show in Amana, Iowa when I received word that Walt Quadrato had lost his battle with cancer. Walt was the owner of Brass City Records and Brass City Toolworks in Waterbury, Connecticut. I can't say I knew that man well, but I considered him a friend. It's interesting the grief, the sting of loss you can feel for someone you've never met in person. 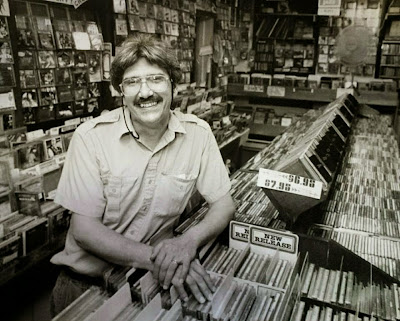 Walt was one of those people who left a lasting impact on nearly everyone he came in contact with. His love for music and vintage tools was contagious. His kindness and integrity was second to none. For local musicians, vinyl record and vintage tool lovers alike, Walt wasn't just a man, he was an institution. Walt must have had the digs on every flea market within a couple hundred miles. He would dig up the bargains, all the hard to find items, and pass them onto us. Of course, he made money doing this, but his markup was always reasonable. He priced tools so that the average guy could afford them and we woodworkers were especially grateful.

Here's a great example of Walt's weekly posts:
"2014 05 19..well, are we having fun yet? I am…even though it’s going to be cut short in a few weeks…surgery soon…but even though I’m not up to 100%, I’m still able to make my way around a market and still manage to find some excellent tools that deserve another life…I hope to God you guys are using these things…I’d hate to think of them languishing on a shelf after all the work I’ve put into scrounging them up. I’m still having fun though and will continue to do so as long as I can. I have one more weekend to go before I go “under the knife” maybe I can give my surgeon a crash course in sharpening!...anyway, enough of my rambling…you guys want to see some tools….so here goes!     PICTURE PICTURE PICTURE"


And use his tools we did, when we could get them. The darn things would go fast! I think this was partly because his items were priced well, and partly because people just trusted Walt. Either way, I used to have an alarm on my phone so I could check his weekly list just as it was posted. We had some good laughs about this. Even just with our talks on the phone I could tell he was special man. I wasn't surprised at all when I saw the outpouring of love on social media:

"I am heartbroken to learn of the passing of my good friend "Walt". He certainly was a legend! He was one of the kindest people I've ever met...."

"His passion and energy for what he loved always amazed me."

"One of the most genuine men I've ever met."

"I have never had a better friend."


This past weekend as I surveyed the crowds at the Handworks 2015 event, I wondered how many other hand tool enthusiasts had purchased their first bench plane from Walt. How many others had been inspired by his kindness and knowledge while speaking with him. There's a darn good chance myself and others would have never caught the hand tool bug, and thus all the fun that ensued.

And to think, I'm only speaking from the perspective of the woodworkers Walt touched. There's an army of musicians and vinyl record enthusiasts who have equally high regard for the man.

No doubt Walt lived a life that shall be remembered and celebrated. I choose to honor Walt by cherishing and using the tools he shared with me. And, I will try to live with passion and kindness as he did. I doubt I can do it as well as the Leader of the Band, but I'll try.

"Well, I hope you’re not reading this because if you are it means that things didn’t quite go as planned. Such is life. You’ll have to go on the rest of this journey without me but remember that I lived my life on my own terms. It wasn’t all roses and kittens but I had a blast doing what I loved to do. I enjoyed most every day and I hope I’ve enriched some lives along the way. Maybe made even a small difference in the world. I tried and that’s all any of us can do. To all my woodworking friends out there…keep making something nice with those tools…they’ll last forever and will continue to make memories for you and your families. And to all my music friends…put on something up beat/uptempo-play it LOUD and enjoy every note. God willing and the creek don’t rise; I’ll see you on the flip side….with love and respect…Walt Q
PS…where ever I’m going-I hope there’s some good flea markets there!" 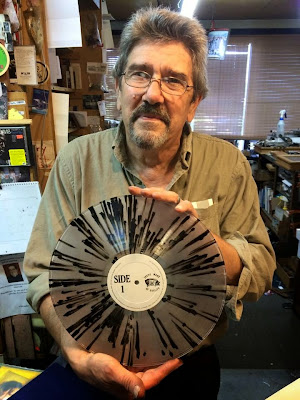 May the Lord bless you and keep you my friend,