This is the first piece I've made that was inspired by just one special board.  I remember my sawyer saying, "Don't know what I'm gonna do with this one. It bowed really bad on the crotch end when it was drying."  It took me about 3 seconds to realize exactly what I was gonna make with that unique board.  I dig the look of swept legs, and mother nature had done half the work in this case.

The rest of the design was mostly just in my head from Arts and Crafts bookcases I've admired. 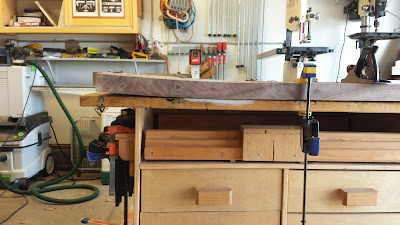 Notice how the bow was fairly uniform. And, there was lots of sweet figure on that end. 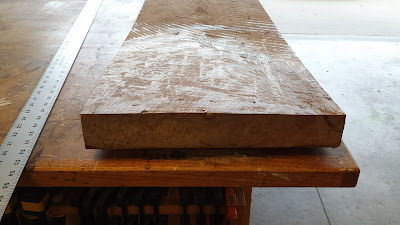 Those in the know might point out that the grain is going in the wrong directions we like to have for strength. True. I kept the legs intentionally beefy on that end. It's a calculated risk. I don't think there's any risk of these legs breaking notwithstanding serious abuse. 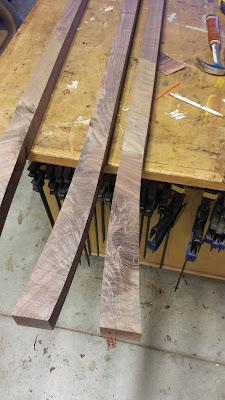 I cut them out on the band saw. The idea is that they would sweep to the side and to the front (or back). 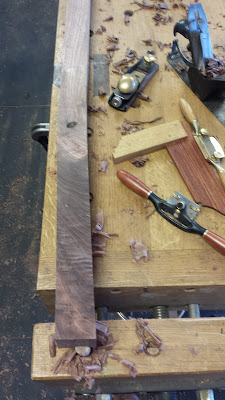 With the legs being tapered and swept, most of the shaping and smoothing was all done by hand. 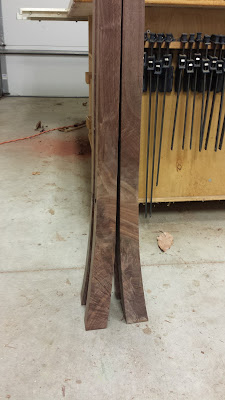 I see you checking out my legs. Pfft. 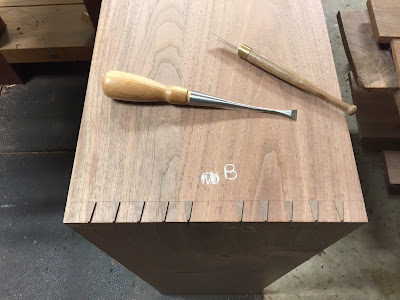 I've dovetailed a lot of drawers, but I've never dovetailed a full piece of casework. I really wanted to do that on this piece but I didn't have many clear, wide walnut boards. After some strategic sawing and edge gluing I knocked out the dovetails by hand. 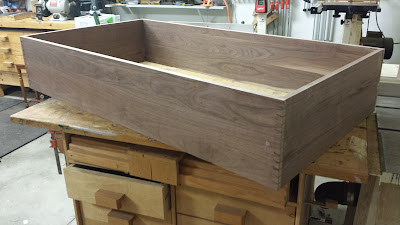 I actually didn't mean to make the pins stick out as proud as the are. But, I liked how it looked...so I just rolled with it. 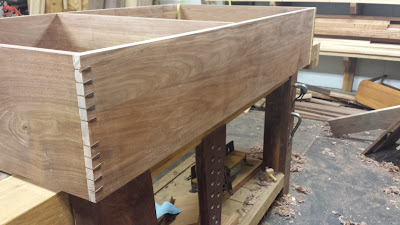 Oh ya, never fails. When I sawed the legs I found another hidden knot.  Just another opportunity for some ebony butterfly inlays. 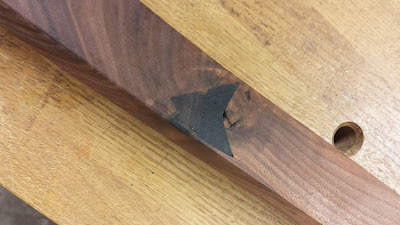 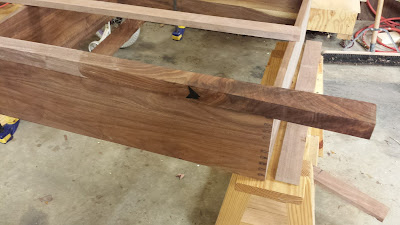 Attaching the legs presented a challenge.  There's probably a couple ways to do it.  I have a Festool Domino now...so I might as well use it. 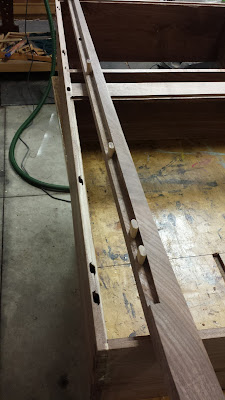 I saved the best looking riftsawn stock for the doors and laid them out. 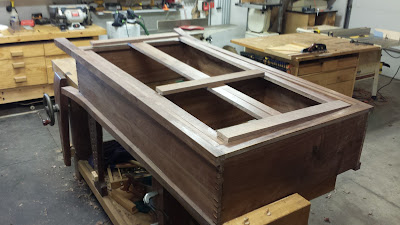 I was just looking for good stock for the arches when I got the idea to use some figured walnut.  I get lots of small pieces like that (often from the crotch of the tree) but they often have bark inclusions or some big defect to be used for much else. 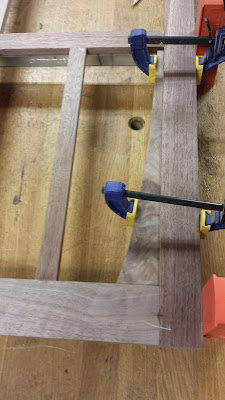 These were cut thin and edge glued with hide glue. 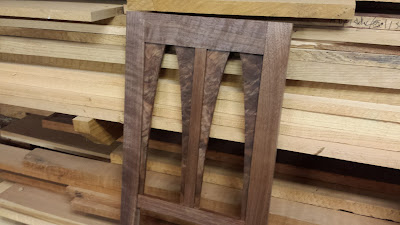 I was pretty stoked about how good they looked. 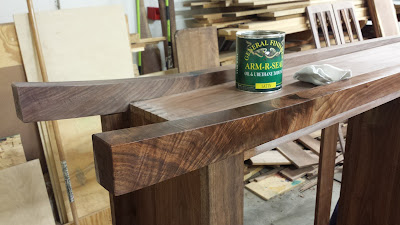 For the finish I wiped on several coats of General Finishes Arm-R-Seal.  Great product for special figure like this. 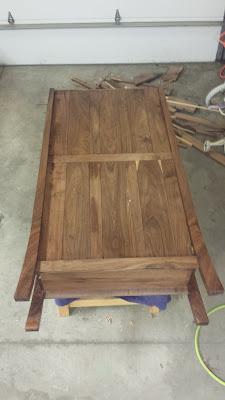 For the back, I had some 3/8" walnut I milled a half-lap edge on, and tacked them on from the backside. 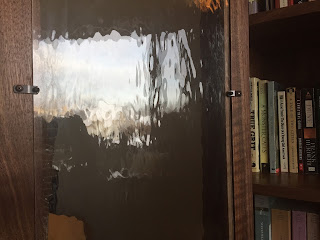 With the piece coming together, some woodworking friends gave me the idea to install wavy glass like you see in antique windows.  I wasn't able to find antique panes big enough, but I was able to purchase some reproduction stuff called "waterfall" glass.  It's wavier than I wanted, but it still looks good on this piece.  The glass is held with some rubber clips I got from Lee Valley. 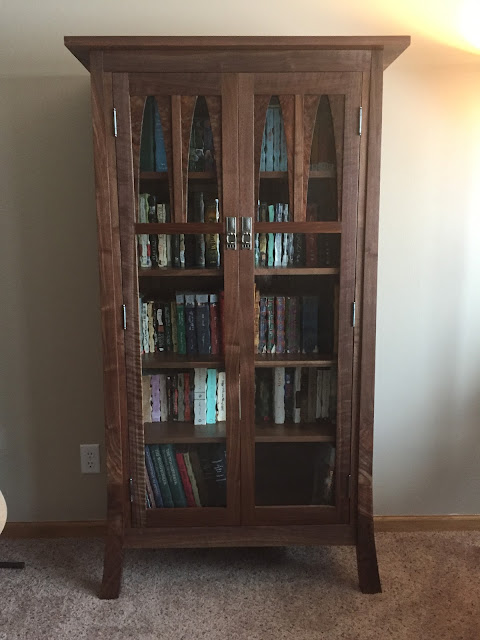 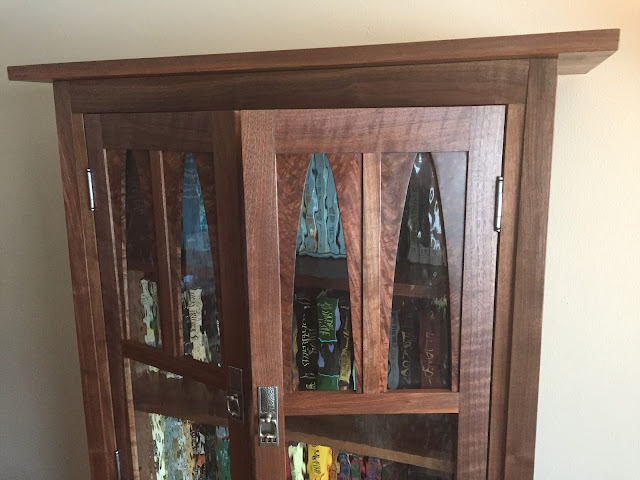 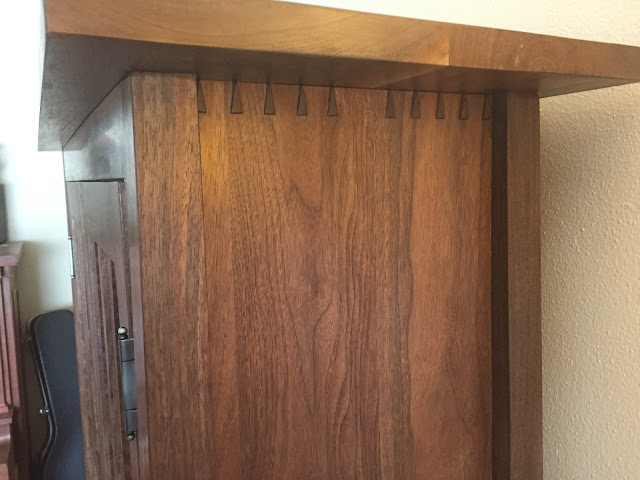 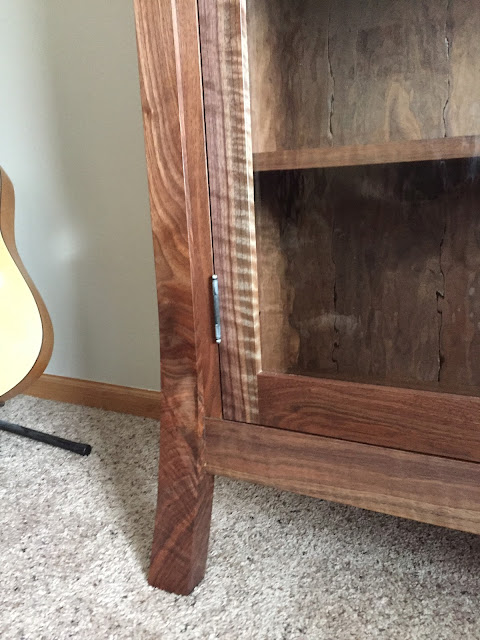 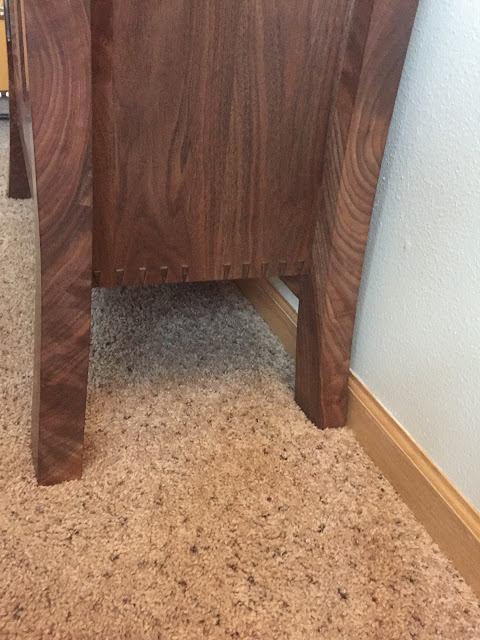 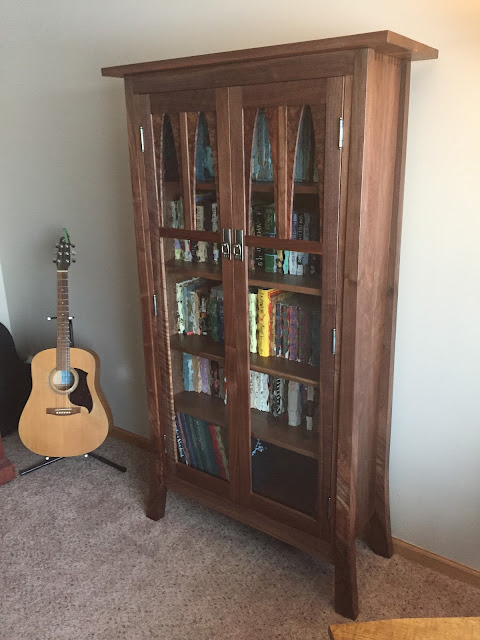 Now all our books have a home but maybe next I should do something about that ugly guitar stand.

I know my wife enjoys it.  On the back I quoted:

Take care and thanks for reading,