Preface: Along with the woodworking madness, I’ve decided to author a few personal blogs. Personal, meaning I’m likely to ramble about my faith, my family, and just about anything else that relates to “worker” as opposed to the “wood.”
I suppose in a way I’m relating to the throngs of online bloggers out there. It’s a form of expression. Perhaps a way to organize thoughts that seem stuck in my head until I can write them down. Maybe folks will get something out of this, maybe they won't. I just know I need to write it.


While my mother was still pregnant with me, my father passed away due to lingering health issues from a nasty car accident. The step-father I called "Dad" all growing up was a man named Jack.

"What were you thinking?, I have a right to ask
Is there a reason, Other than your past?
The great pretender, Why was I the last
To see through your skin? Is there a chance....you'll ever change?"

Hit "play" on the song and read on.

Jack somewhat functioned as a step-father, a husband, and a refrigeration technician. However, behind closed doors, Jack was a mess.  He medicated himself with pot or some other drug almost every evening.  Jack could be verbally and physically abusive to my brother and I. One time he spent the night in jail because a neighbor saw him wailing on me in our backyard. I was probably thirteen at the time. The physical abuse stopped once my brother and I grew to be bigger and stronger than he was.

"It's always the same, You're always to blame
Is there any way around this, I can't see
You walked out on her, You planned to be free
I'm trying not to point the finger....but it's killing me"

To escape the toxic home life I found sanctuary in basketball gyms, a high school woodshop, and a church youth group. I could never achieve Jack's approval in any of these areas. He was too emotionally adolescent to celebrate a child's strengths or gifts. He viewed my successes as an attempt to show him up.  If I was on the cover of the sports page, he would quip, "That kid on the next block is better than you anyway."  When he knew I was leaving for a church activity, he'd call me an "F'n hypocrite" as I was heading out the door. 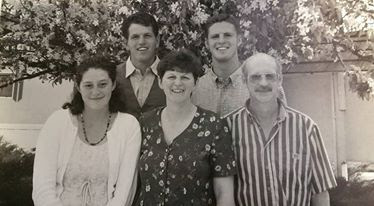 The summer after I graduated from high school, I went on a short term missions trip to Tijuana with my church youth group. One morning while I was away, Jack left a note on the refrigerator, drove up to the mountains with a 9mm, and took his own life.

It was a fierce goodbye. I remember how much my mother struggled with the realization of his choice to abandon her. I was the youngest child. I would be gone in months, leaving them to their golden years. Now she would spend those years alone.

"What were you thinking, Were you thinking of me?
Did you see what they wrote, On the family tree?
I know it's over, All in the past, I need to forgive you
If I'm to last.....will I ever change?"

I'm 38 now. I rarely speak of Jack. I doubt my children even know his name. These events transpired almost 20 years ago. I can go days, even weeks without thinking about the man I lived with for the first 18 years of my life. I tell myself that I'm over it, all in the past. But then, revisiting one of my favorite Christian rock albums, I hear the song quoted throughout this blog... and it all comes back like a flood.

It would be foolish to say these events haven't impacted the man, the father, and the husband I have become. During my impressionable adolescent years, I watched this man who chose anger over grace, addiction over freedom, and despair over hope. What will I choose? What am I choosing?

"It's always the same, You're always to blame
Is there any way around this, I can't see
You walked out on her, You planned to be free
I'm trying not to point the finger....but it's killing me"

A year after Jack's funeral, I was driving down the interstate to the small Christian college I attended, and "Always" by the Newsboys was playing on my cd player. I sang along wiping my eyes. Jack's departure gave me the option to close that chapter on my life and open a new one.  I took it.

I still remember the empowering freedom I felt when that realization clicked in my psyche. I didn't have the best childhood, but there are people who've had it way worse. I thought to myself, "That's all over now. What happens from here on out is on me. It's MY choice now." Any of us who come from a background of chaos and abuse have the same decision. We can either repeat the cycle or break it.

"Take these pieces thrown away
Put them together from night 'n' day
Washed by the sun, dried by the rain
To be my father in my fatherless days"

If you're reading this and have suffered similar trauma, there are a few things I wish to say to you:

Finally, sometimes others, even family members will weave evil into your life. Take hope, God often takes that mess and turns it into something good. That's what he did for Joseph, and that's what he did for me. Jack meant it for harm, but God used it for good.  (Gen. 50:20)

The road of growth, healing, and forgiveness is a difficult one. It takes discipline and perseverance. I needed help as a young man. I still need help today.

That's why daily I pray... Lord, be my father in my fatherless days. 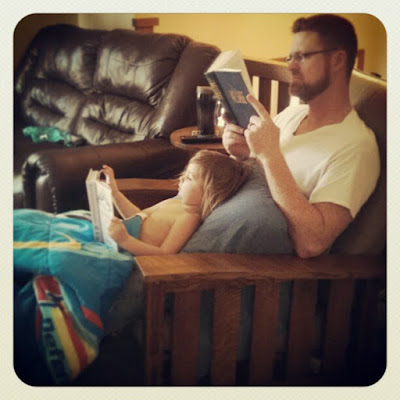