Part two starts with the base. You can see I half-lapped some massive timbers in an "X". I marked the large dado, cut the kerf on the tablesaw, and cut the waste out on the bandsaw. Little tip: cut the dado slightly undersized, then make tiny passes with the jointer (or hand plane) on the side of the leg until you have a perfect fit. 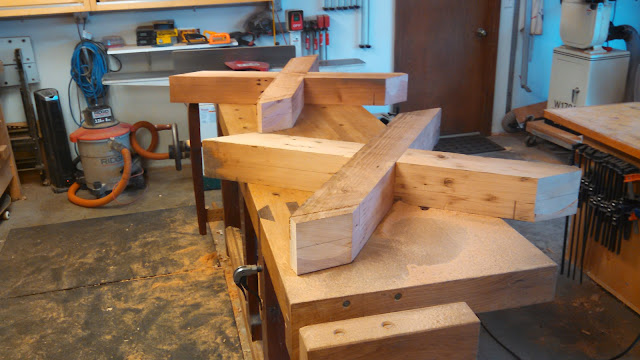 Next, I cut some tenons on the tops of the legs. I used a combination of hand saws and a skilsaw. 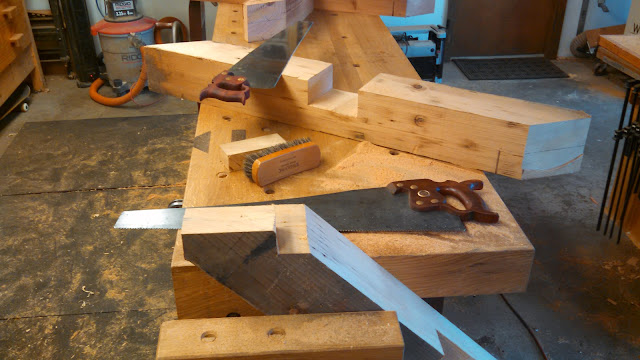 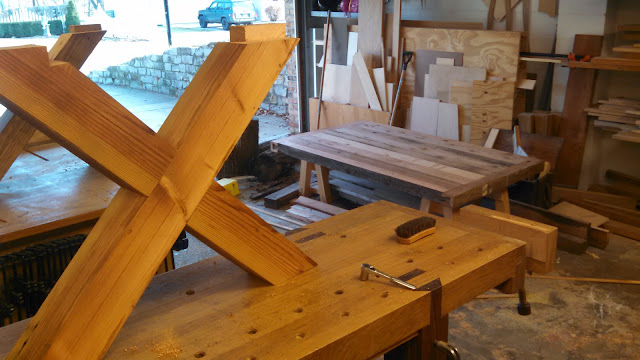 Those tenons mated to some 2x10s which gave me a solid leg assembly and something to attach the tabltop. Those dots are big lag bolts going into the leg. 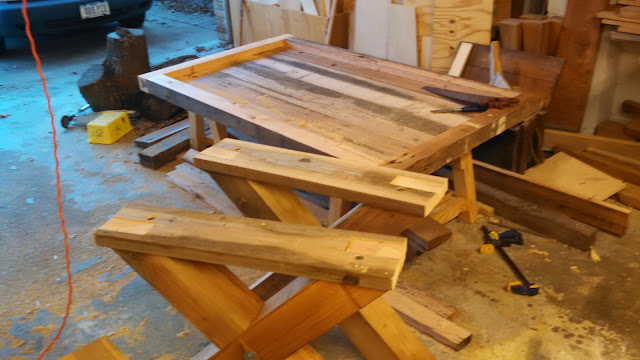 A few lag bolts to mount the top and we've got a table. Tip: Make the holes for the bolts slotted or oval...so the tabletop can expand and contract seasonally. 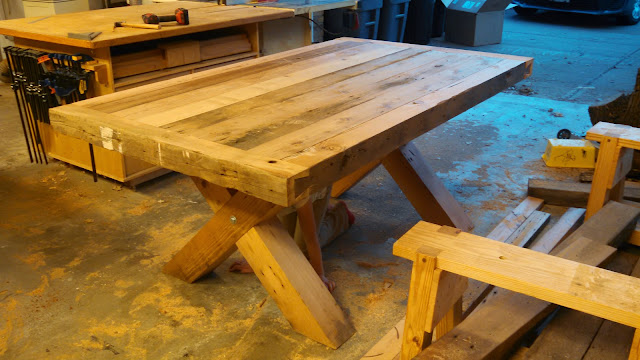 We let the table rest a bit. Then filled some of the big voids with epoxy, sanded, and moved it to my buddy's place for finishing.

I mentioned in part one that the downside of truing and cleaning up this lumber was that it removed a lot of the "old grey" look. Not a big deal, it can be added back. Some folks do it with a steel wool and vinegar concoction. However, I made this table for a professional painter.... so I let him do his thing.

I will attempt to relay what my buddy Corey worked up for the finish. First, a "white wash". Which was basically just thinned down latex paint or primer. Then, being a painter, he used a black wall glaze and played with the color until he got what he wanted. 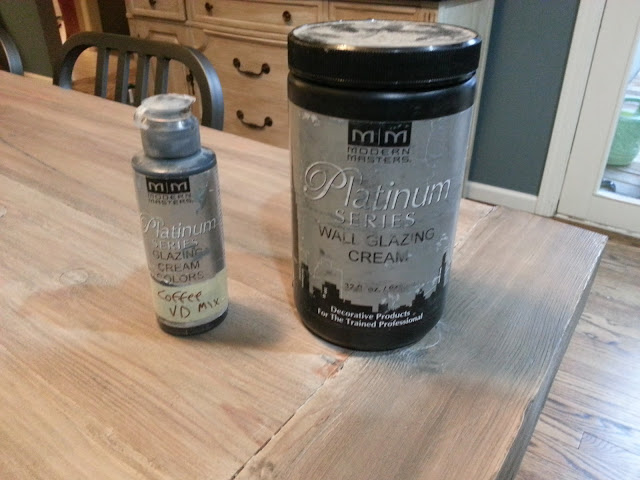 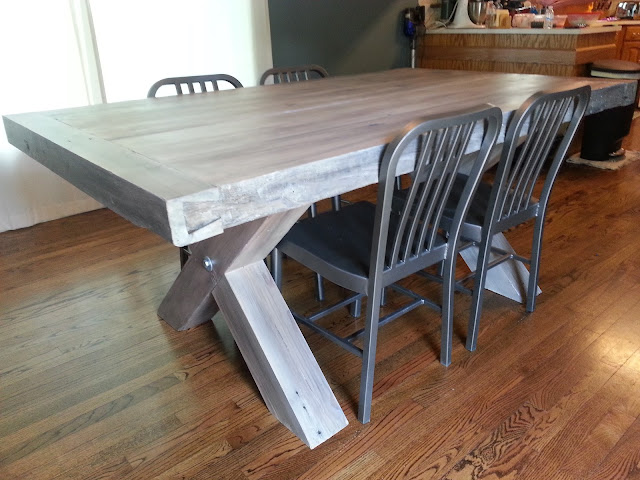 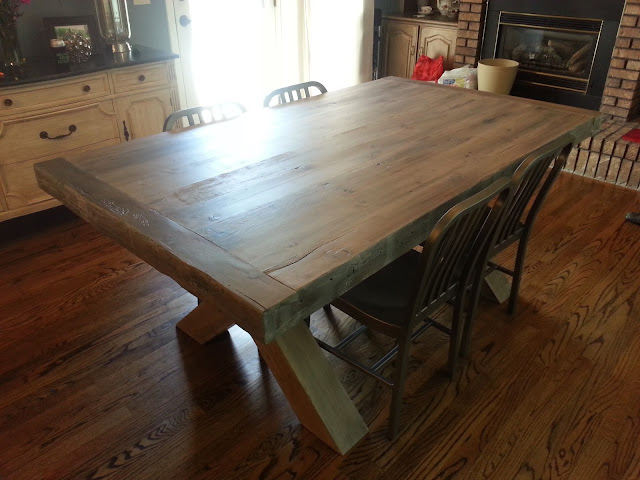 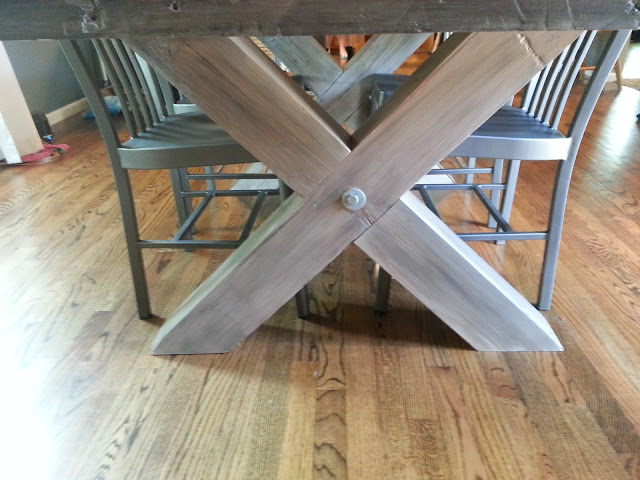 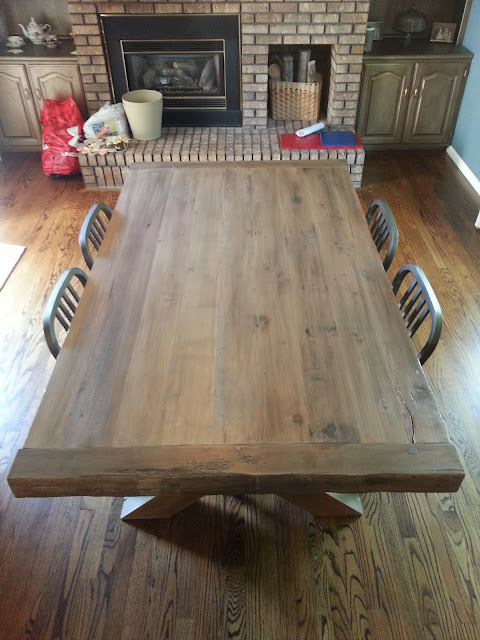 It was a fun build. I learned that reclaimed funiture goes faster that "fine" furniture because you don't have to fuss over details and flaws.

The best part was collaborating with my buddy. I miss him now that we live a couple hours apart.